Professional footballers are some of the highest paid athletes in the world. Most of them live lavish lifestyles filled with expensive cars and destination vacations. However, there is a group of players who took the decision to diversify their incomes. Many turning to property investment pre- and post-retirement.

Below are ten football stars who have penetrated and succeeded in the property investment sector.

Ronaldo has to be one of the most recognisable names in the game. At the age of 35, the Juventus FC forward has amassed a net worth of US$450 million. While his wealth is largely attributed to endorsements and sponsorships, CR7 has been able to capitalise on his brand in a 2015 collaboration with Pestana Hotel Group reportedly worth US$40 million. The project entailed a chain of one of a kind Pestana CR7 football themed hotels. The chain boasts three locations, one in Funchal on the island of Maderia, in Lisbon and United States Manhattan (2020).

In addition, Christano is said to own an expansive villa in La Finca Madrid worth a cool US$6,3 million. The player also spends time in his US$18,5 million New York apartment in the off season.

“If you don’t believe you are the best, then you will never achieve all that you are capable of” – Christiano ronaldo

Christiano credits his success to his brand and hard work saying in an interview, “I’m living a dream I never want to wake up from.” Surely waking up in a villa in the beautiful Madrid is not the worst thing that could happen to anyone.

As one of the most bankable names in football history, David Beckham has perfected the art of diversified income early on in his retirement from the game.  The English midfielder purchased his first property at the young age of 21. Dropping a cool US$195,000 on the London property in 1996.

The Beckhams now live in their 9000 square feet mansion in West London which they purchased in 2013 and reported by Dailymail to be worth a staggering GBP 31.5 million.

In addition, they own properties in Dubai and the US. In Dubai, the Beckhams not only own an apartment in the famous Burj Khalifa skyscraper but also gifted his in-laws their Palm Jumirah villa worth US$1.3 million.

The Beckhams are said to be isolating in their Cotswold home during the pandemic. The property, purchased in 2016 for US$6,15 million is just one of their holiday homes. Their property portfolio includes homes in Miami and Los Angeles.

With extensive investment properties such as this it’s not surprising that David Beckham has accumulated a net worth of UD$450 million making him the richest retired football player of his time.

“The only time you run out of chances is when you stop taking them.” David Beckham

Frank Lampard has proven to be a permanent fixture in the sport. Since his retirement in 2017, the English midfielder has gone on to become a football manger and the head coach of the Premier League team Chelsea. Lampard (42) has an impressive a net worth of US$90 million. The Chelsea legend has an impressive investment property portfolio including rentals and holiday homes.

Frank owns three apartments in London’s Docklands, two houses in Cambridge, a mansion in Surry and a four-bedroom house in Barcelona.

“goals never come easy. No one gives you goals”….Frank Lampard

While Lionel Messi has had his fair share of controversies and run ins with the tax man, he is still the highest paid footballer as of 2020.

Messi has a cumulative wealth of UD$400 million which includes revenue from endorsements and a few smart investments.

The 33-year-old Argentine forward is the owner of a hotel chain called MIM Hotels, operated by the Majestic Group since 2017.

The chain’s first acquisition was the formerly known Vive Ibiza, an art deco style hotel. The group as gone onto acquiring three additional hotels including the most recent Himalai hotel.

“You have to fight to reach your dream”….Lionel messi

Outside of his ever-expanding hotel empire Messi is also a collector of numerous private properties across Europe.

His vast property portfolio includes but is not limited to two homes in Spain, one home in his home country of Argentina and lastly an apartment in the Torre Solaria skyscraper in Milan, Italy.

Messi also reportedly owns a stake in the Messi Experience Park, a Lionel Messi soccer theme park in China. The project cost an incredible US$200 million dollars. Messi is definitely a man with his fingers in several pots.

Robbie Fowler is a retired English striker. Robbie famously played for Liverpool FC until he retired in 2012. Fowler went on to establish an academy that teaches its students all that they need to know about property management and investment called The Property Academy.

The 45-year-old definitely knows a thing or two about property management and investments at large since his portfolio boast an impressive inventory of an estimated 80 individual rental properties.

Fowler is reportedly to have built 100 houses in partnership with Elatus Development Group in his hometown of Liverpool, England.

“A goal is a goal no matter which end it goes in”…. Robbie Fowler

Marcus Rashford might be relatively new to the world of football but the young man has made incredible strides off the pitch. While most young athletes are solely concerned about their professional careers Marcus has shown an impressive affinity for business.

The 23-year-old has established multiple companies including a property company. The youngster started Mucs Properties Ltd at 19 and went on to purchase rental houses in the North West of England. The player furthermore splurged a whopping US$2,4 million on a lavish mansion as well as a home for his mother to move into.

At such a young age Marcus is definitely shaking up the property industry and we cannot wait to see what the future holds for the football protégé. A great example that success is all about adopting the right positive mindset.

“I learn something new every game”… Marcus Rashford

The young midfielder is accustomed to being in the headlines of controversial publications however, the 24-year-old has made smart business moves.  With a budding net worth of US$ 17,6 million the English footballer launched his very own property firm called Future Homes Investments Ltd.

While his portfolio only includes his US$2.25 million Hardfordshire mansion which he lives in with a childhood friend; he has been reported to be shopping in the south of London for properties.

“You have to focus on the future and know that you can succeed in life, and you have to keep working hard”.- Dele Alli

It is encouraging to see young football players making smart choices with regards to their fortunes. It gives us hope that the cycle of bankrupt retired players will be broken.

Ramon Vega is a retired Swiss footballer born to Spanish immigrants. The defender retired in 2004 at the age of 33. However, the player had a few business ventures in motion by the time of his retirement. Vega started an asset management group called Duet Group at the age of 29. Furthermore, he launched a group of luxury hotels with the first to open its doors in Verbier, Switzerland.

Ramon continues to make strides in the world of business in multiple industries.

Help Ramon solve this problem… Without a calculator! 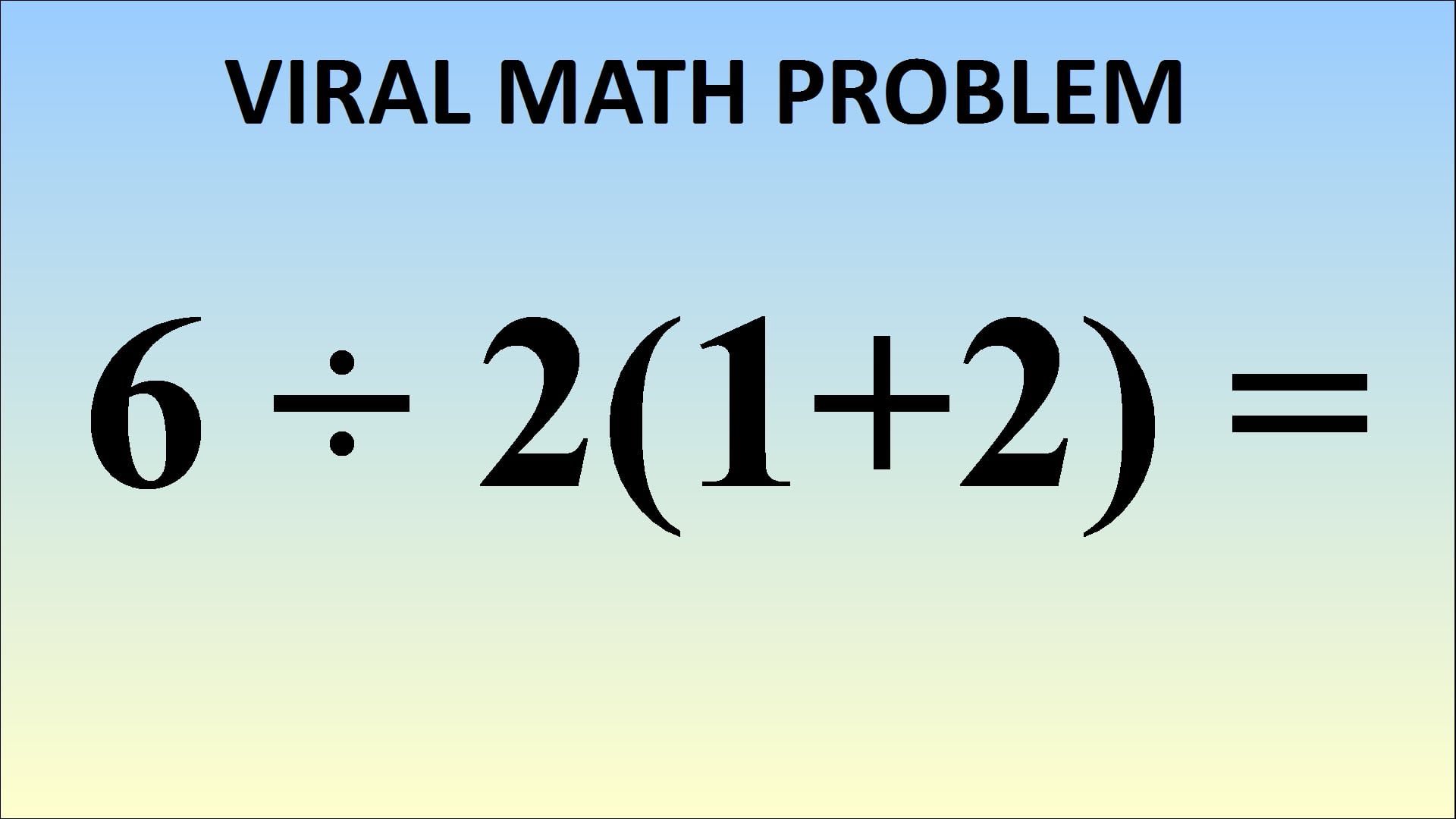 Ryan Babel is fast becoming an expert in the field of financial investments. The 33-year-old Dutch forward has an impressive investment property portfolio however, is also projected to expand is empire exponentially in the near future.

Babel had purchased his first property by the age of 20. By the time he had reached 27 he had acquired a total of 10 properties at the behest of his former football manager.

Furthermore, he went on to do a yearlong financial investment course and learned valuable insider information on how to invest in property efficiently and sustainably.

Where most football stars and ex-footballers prefer to become hotel moguls Babel has decided to penetrate the more affordable housing sector.

The player stated that he hopes to expand his portfolio by 50 affordable homes in the multi-family market by the end of 2020.

In addition, he hopes to expand is portfolio to an overall number of 100 properties in the near future.

While the player is aware that his football career is nearing its twilight years, he has taken major steps to secure his post retirement solvency.

Olivier Tebily is a retired French footballer known for playing as a defender on the national team of his native Ivory Coast. Olivier was aware of the possibility of an injury cutting his career short early on and had made the decision to purchase two hectors of wine land when he signed his first major contact as a teen.

It was definitely a smart decision as a knee injury forced him into retirement in 2008.

The French citizen then went on to buy 22 hectors of land in the Cognac region of France, making him the first African wine maker in the history of the region.

While it was unfortunate that his career had ended abruptly, he had shown resourcefulness and finesse.

The Birmingham City crowd is unbelievable. Outside of my teammates I had a lot of friends who were fans. When we didn’t have a game, they used to come to my house and have food.

Whilst football is what these individuals are known for, they have shown a penchant for property investment. Some decide to enter the sector in the years following their retirement whereas the new generation is starting a lot earlier. The consensus seems to be that property investment is not only sustainable but also a great way to expand one’s wealth and financial future.

Taking Your Property Investing To The Next Level?

Then you need this FREE new e-book…

Wealthiest and Poorest Suburbs of Sydney By Postcode

Rentvesting: Your Gateway To Building A Massive Property Portfolio

Bamboo Forest and Hikes On The Road To Hana – (Ultimate...

A Boss Lady’s Characteristics and Traits

© WatuDaily Media 2023. All Rights Reserved. WatuDaily participates in various affiliate marketing programs, which means we may get paid commissions on editorially chosen products purchased through our links to retailer sites and Amazon.
Loading Comments...